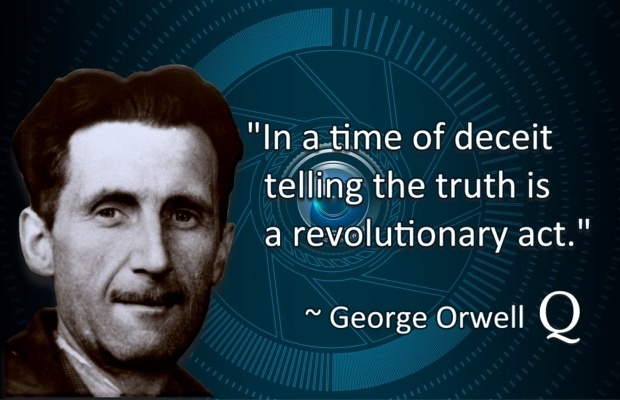 Eric Arthur Blair (better known by the pseudonym, George Orwell) was a renowned English novelist, essayist, journalist, and social critic who employed lucid prose to oppose totalitarianism. He was born into a lower-middle-class family in Bengal on 25th June 1903. His father was a minor British official in the Indian Civil Service, and his mother was the daughter of an unsuccessful French, teak merchant.

Blair was educated in England and left at nineteen to join the Indian Imperial Police Force in Burma. He resigned in 1928 when he was twenty-four to become a writer. He later said he felt guilty about his role as an imperialist in Burma, and he began to turn his attention to the circumstances of oppressed people in his own country too.

Blair’s work had an early and significant influence on ‘cultural studies’ and ‘post-colonial studies’. His research on unemployment, poverty, and oppression took him from England to France and then, most notably, Spain where he was shot in the throat by the fascist militia. These experiences, his abhorrence of fascism, and his empathy for the oppressed and impoverished shaped his writing.

Blair died of tuberculosis in London on 21st January 1950. He was forty-six. He is best remembered for his novels Animal Farm and Nineteen Eighty-Four, a prophetic novel about a dystopian future where truth and facts are manipulated by a totalitarian regime whose version of history is constantly changing.

Today, Blair’s work remains influential and terms he coined such as ‘Orwellian’, ‘Big Brother’, ‘Thought Police’, ‘Proles’, and ‘Unperson’ have been embraced by popular culture.

George Orwell: A Life in Pictures