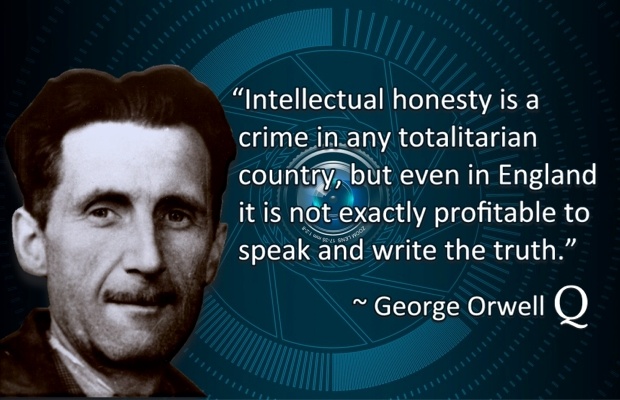 “Intellectual honesty is a crime in any totalitarian country but even in England, it’s not exactly profitable to speak and write the truth.” ~ George Orwell

Eric Arthur Blair, better known by the pseudonym, George Orwell was born on 25th June 1903 in Motihari, India. He was a journalist, essayist, novelist, and biting social critic. He is best remembered for his novels Nineteen Eighty-Four and Animal Farm.Orwell died of tuberculosis in London, England on 21st January 1950. Read More [ … ]