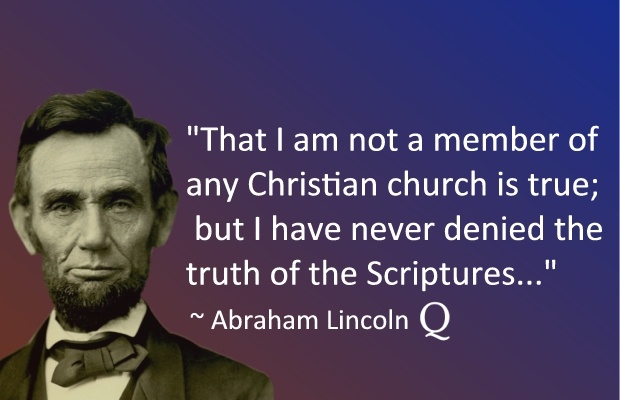 It is ironic that the man widely regarded as the most saintly of US presidents never joined a Christian church – a decision that would probably prove very damaging to a presidential candidate of the modern error. Abraham Lincoln’s views on religion have been subject to much academic debate.  Lincoln, himself, was not shy to discuss the matter. The following quote is typical:

“That I am not a member of any Christian church is true; but I have never denied the truth of the Scriptures, and I have never spoken with intentional disrespect of religion in general, or of any denomination of Christians in particular.”