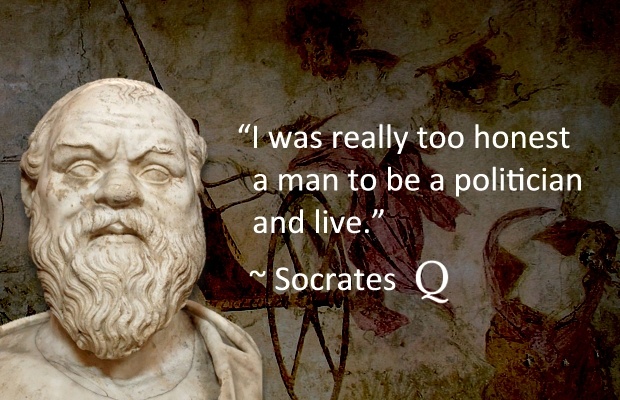 The ‘Father of Modern Philosophy’, Socrates was tried and executed for his beliefs. “I was really too honest to be a politician and live,” he is reported to have said at his trial.

Socrates was born at Deme Alopece, Athens in approximately 470 B.C. Often referred to as the father of western philosophy, he is renowned for his formative influence on philosophical studies of Ethics and Epistemology.

Plato was Soctrates’ student, and it is chiefly through Plato’s writings and those of other philosophers such as Xenophon and Aristophanes that we came to know Socrates’ philosophies and his influence on subsequent schools of philosophy.

The ‘Socratic Method’, has profoundly influenced modern teaching strategies. By this method, the underlying beliefs of a hypothesis are challenged by a series of questions, the purpose of which is to reveal inadequacies of knowledge and identify contradictions.

Socrates was a controversial figure in Athens and always critical of the status quo. In 399 B.C. He was charged with impiety and corrupting the city’s youth. He was found guilty and sentenced to death.