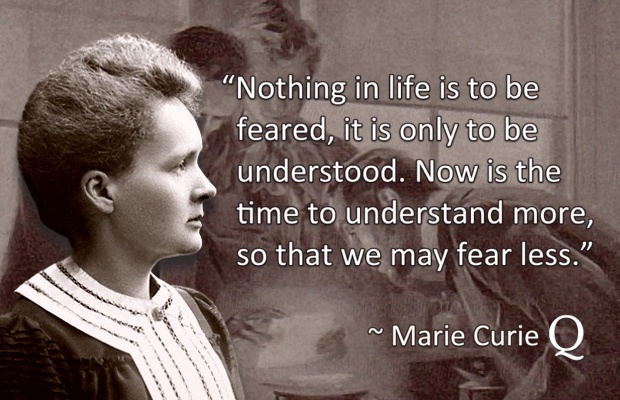 “Nothing in life is to be feared, it is only to be understood. Now is the time to understand more, so that we may fear less.” ~ Marie Curie

Marie Curie, née Sklodowska, born in Poland on 11th November 1885, was a pre-eminent scientist of her era. She was a pioneer in the field of radioactivity and is credited with the discovery of radium and polonium.

In 1903, Marie Curie became the first woman to win a Nobel prize – the Nobel Prize in Physics – which she shared with her husband Pierre Curie and Henri Becquerel.

In 1911, she won the Nobel Prize in Chemistry making her the first person and only woman to win two Nobel Prizes.

Marie Curie died in 1934 from aplastic anemia, the consequence of decades of exposure to radiation.